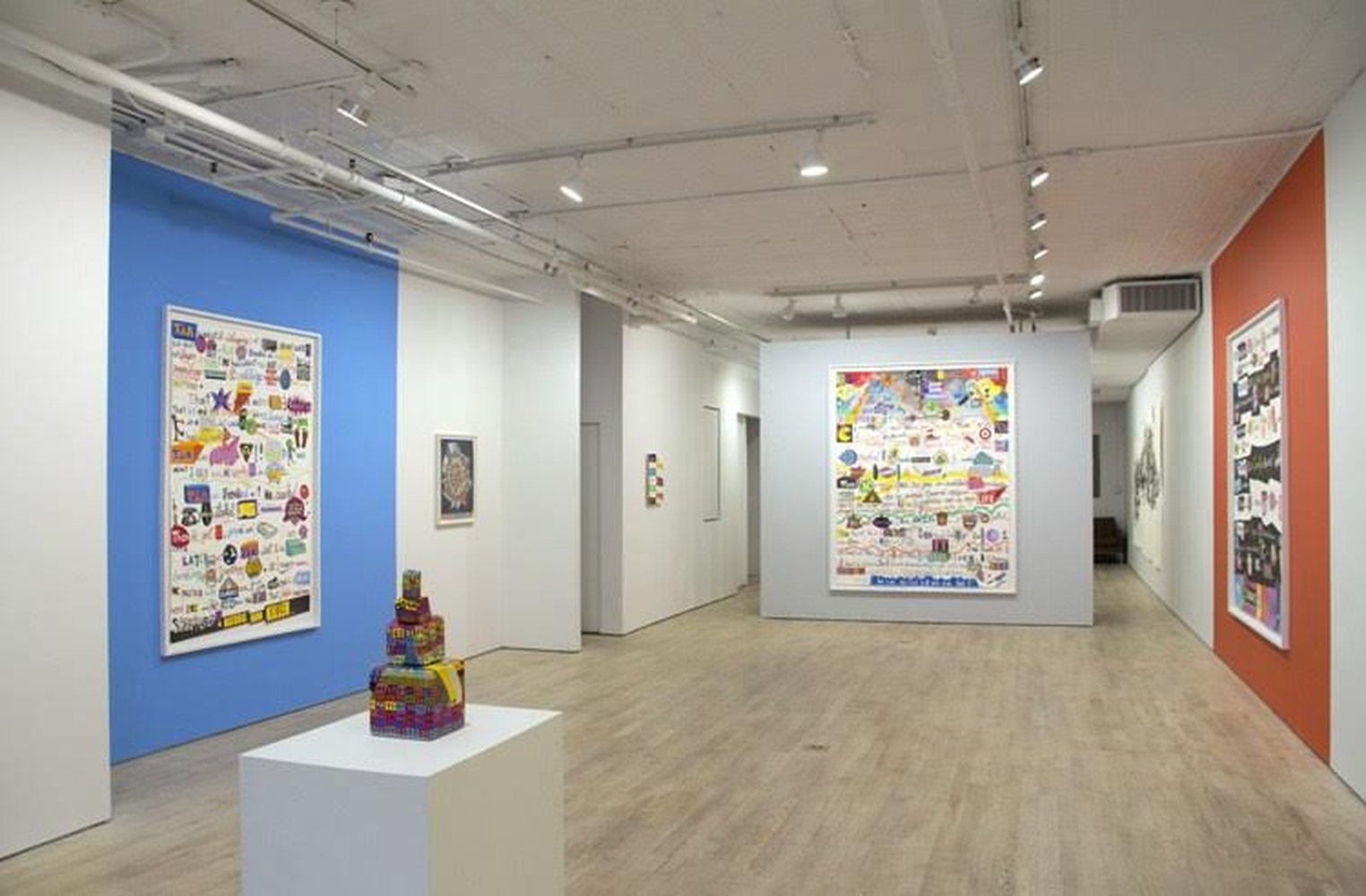 Thin, Dark Crash (how I dread that blue jay)

Thoughts on show title: I've been interested in watching birds for a few of years now. In addition to their plumage, I love their complex language very much - patterns, frequency. The blue jay has been particularly interesting for me lately because of its intelligence and complex behavior. I mean, people generally think blue jays are beautiful, but they are also know as backyard bullies. They can dominate feeders and have been known to mimic the calls of hawks to either protect themselves (a form of audio camouflage) or scare other birds away from food so they can steal it. They are both cowards and predators. The blue jay portion of the title refers to the last line of the final piece (Delta) I finished for the show, drawn at the bottom - "I heard a blue jay sing cheer up, cheer a lee, cheerio, whinney." That's actually the call of the robin, a signifier of spring. I liked the idea that the person in the story is abruptly confronted with a possible life or death moment, and subsequently hears or imagines the sweet song of the robin, a sign of rebirth, which is actually being sung by a blue jay, the imposter. Is it the beginning of something or the end? The next piece will explore that space - Im thinking of that moment, when the character is abut to transform, like a phase change, as when rain turns to ice. The actual title (how i dread that blue jay) is my take on Emily Dickinson's poem, which I love...  I dreaded that first Robin, so, But He is mastered, now, I'm some accustomed to Him grown, He hurts a little, though — The 'thin, dark crash" is actually the name of a drum symbol. I brought my old drum set to my house so my son could learn and saw the symbol and loved the name. I was thinking of a symbol sound as the start of some melodrama or something, but that particular symbol has a very short sustain and can seem almost insignificant in relation to other larger, more dramatic symbols. It is distinctive when isolated, but blends into the crowd when integrated. Like the blue jay in ways and I envision like the character in the story... he's anonymous and introverted and soft, but begins to accumulate a type of focus or sharpness over time.