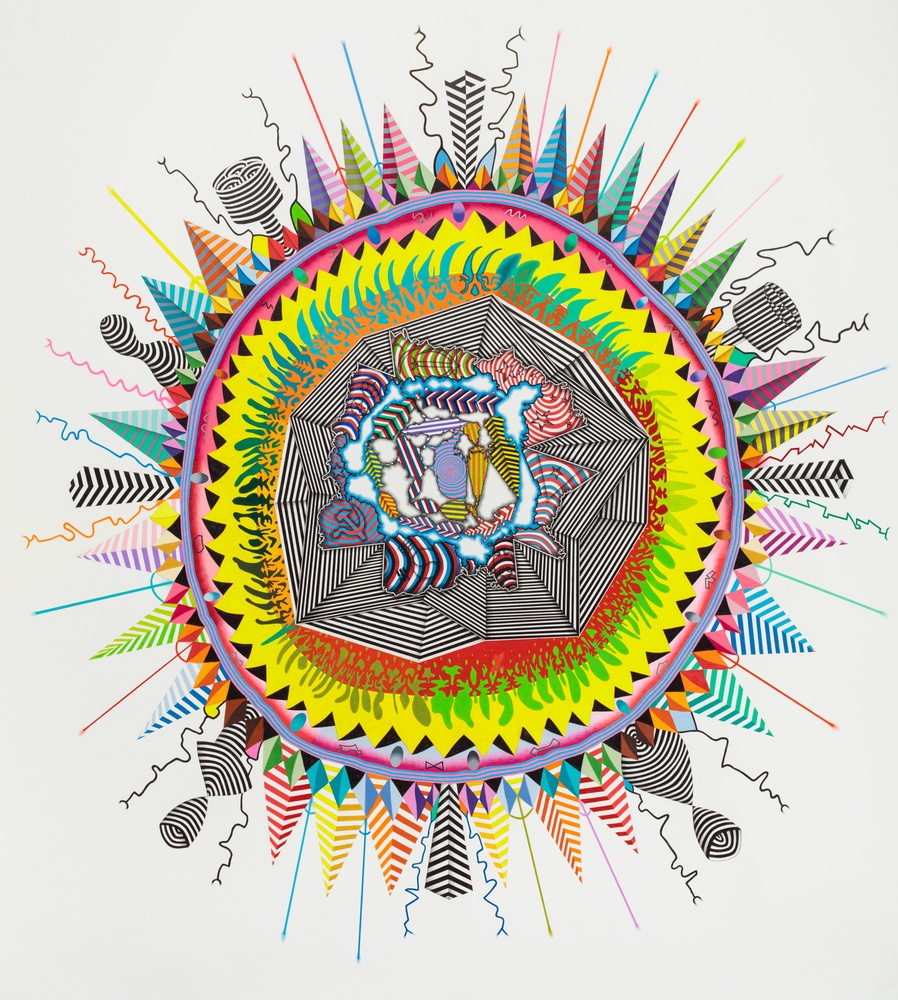 2016, Colored Pencil and Graphite on Paper

Thoughts on this piece - I started by drawing a mirrored image of the united states in the center of the paper. I then traced the contours (coastlines) of the country's boundaries, flipped them, and then traced them again. I continued to do this as the shape grew, which created forms through the repetition... they looked like land masses or water bodies, so I treated it like a map and colored them accordingly. I thought of it as if the US sort of dropped into a pool and the ripples of its weight formed a planet in its wake. And the flag patterns are from countries that people online voted as the biggest threats to the US. I filled the 'land' forms with these flag patterns. Like the creator creates its own enemies or something...  After that center area, though, I sat on it and couldn't decide where to take it. I kept thinking of it as a planet, but then the idea of the sun came to me. It's so simple but you know how something can be right there but you never see it... The sun as center of the universe, etc. So I extended that original mass in a kind of stylized, sunlike way... almost like an explosion, too. I thought the whole piece looked like a diagram of the sun or related planet, with its core (US), radiative zones (enemies), and resulting chromosphere, etc.