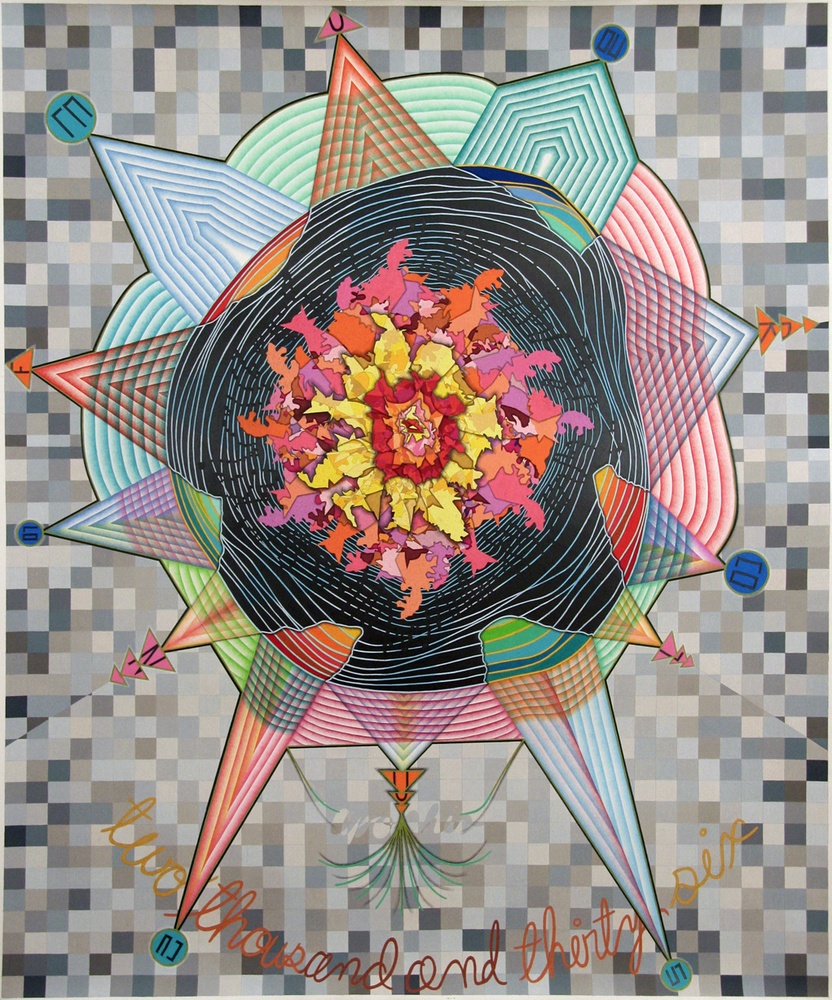 2008, Colored Pencil and Graphite on Paper

Conceptually, this work is my attempt to visualize a prediction, by NASA scientists, that an asteroid called Apophis will strike the Earth in 2036. In Egyptian myth, Apophis was the ancient spirit of evil and destruction. The asteroid is 390 meters wide and could release more than 100,000 times the energy of the nuclear blast over Hiroshima. Thousands of square kilometers would be directly affected by the blast but the entire Earth would see the effects of the dust released into the atmosphere. To begin, I made stencils of the shape of the Hiroshima Bomb (before explosion), and the shape of the plume of smoke that resulted from its blast. I drew these stencils in the center of the paper, repeating them 100 times – in an attempt to connect the totality of the potential Apophis explosion to the Hiroshima bomb. Everything else in the work unfolded from this central shape (the explosion). I used the size of the explosion to determine the sizes and shapes of the outgrowths, or wings unfurling from the center. The word UNFOLD is written, in a now obsolete WW2 military code, on the perimeter of the form. The grey grid is made up of randomly applied grays, increasingly more numerous and darker toward the edges of the paper.