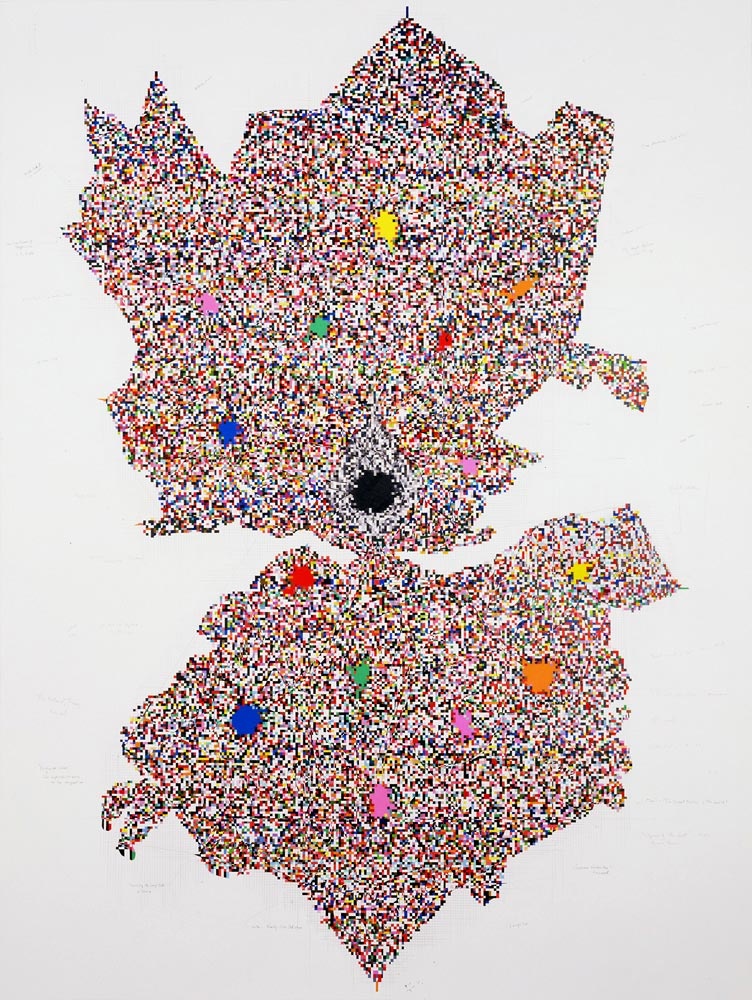 I became inspired to make this drawing while looking at the ancient Egyptian grid systems employed to represent social hierarchy via a pharaoh’s idealism. The system I invented to generate the colors of the grid was based on the size of the language used in various texts – the lengths of words, sentences and paragraphs. It became an indecipherable code. I began the drawing by randomly scribbling across the paper. I then marked the intersection points of the lines and connected them to create the dominant shape in the work. Next, I drew the grid across the entire form and began to apply the system. The system linked the sizes of words, sentences and paragraphs to corresponding colors. For example, if a word was 5 letters in length, it would be red. If it was 10 letters long, it would be silver. The lengths of the sentences are also encoded this way. The sizes of the paragraphs are marked with alternating orange and violet pairs of squares. Finally, a change in text is marked by 4 fluorescent squares. I chose a wide range of texts to encode. I began with the Atkins’ Diet and included works such as Chaos, Declaration of Independence, Bible Code, Dante’s Inferno, How to Build a Time Machine, Rethinking Intuition, The Da Vinci Code and numerous others. The title of each text is written in proximity to its pattern on the grid. Lastly, the color of the larger areas along with the grey central section were determined through chance.

This is super great