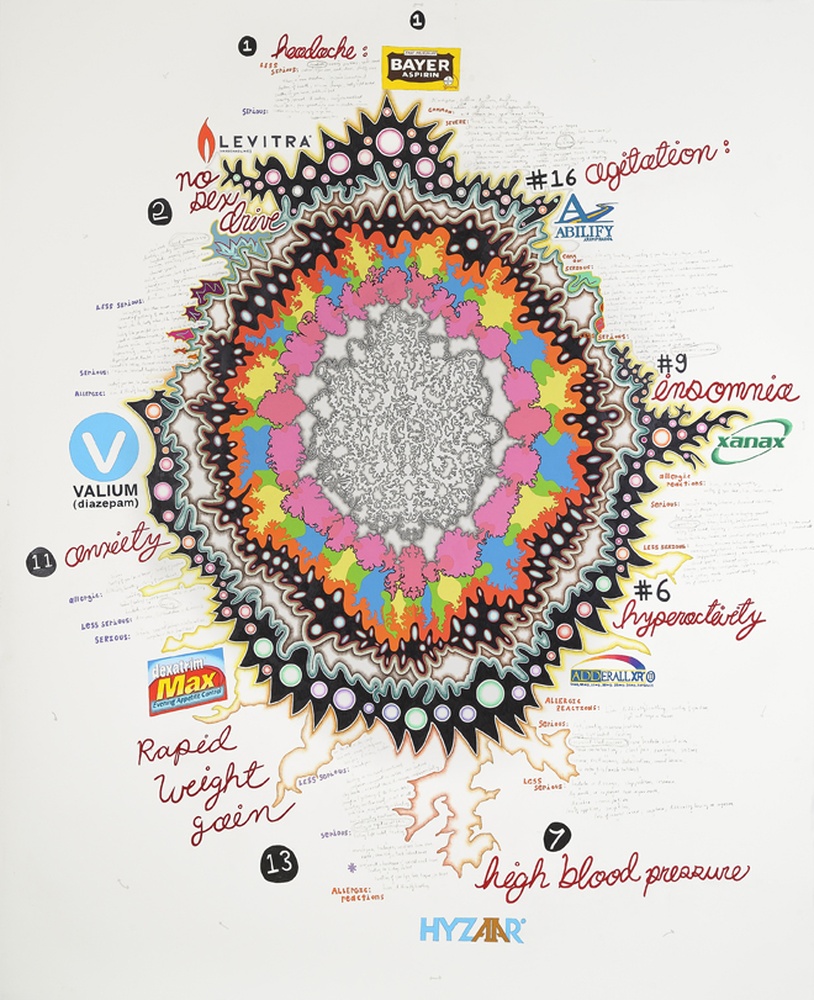 2011, Colored Pencil and Graphite on Paper

"O’Connor develops his new works through a circular, or looping, process of one thing leading to another, and back to the beginning. His most recent and largest drawing, “Drug Loop,” reveals the circular effect of popular medications and their side effects. He begins at the top with “headache” and takes as solution, Bayer Aspirin. He then randomly selects from among listed side effects, chooses a new medication to treat the side effect, and so on around a central circular shape-from “no sex drive” to “hyperactivity,” “anxiety,” and, finally, “agitation.” - Susan Swenson (2011) In the center of the drawing, I began by drawing 2 small brain scans, connected - one of a healthy brain, and one with Alzheimer's disease. I then traced the contour of the 2 brains combined, flipped it, and redrew it around the first images. I continued this process of drawing and re-drawing the contours of each successive form, allowing the shape to grow organically, with small, almost imperceptible changes occurring with each phase. It was as if the specific shape of the original scans began to multiply and mutate, almost fractally, and eventually started to invade the medication ring.