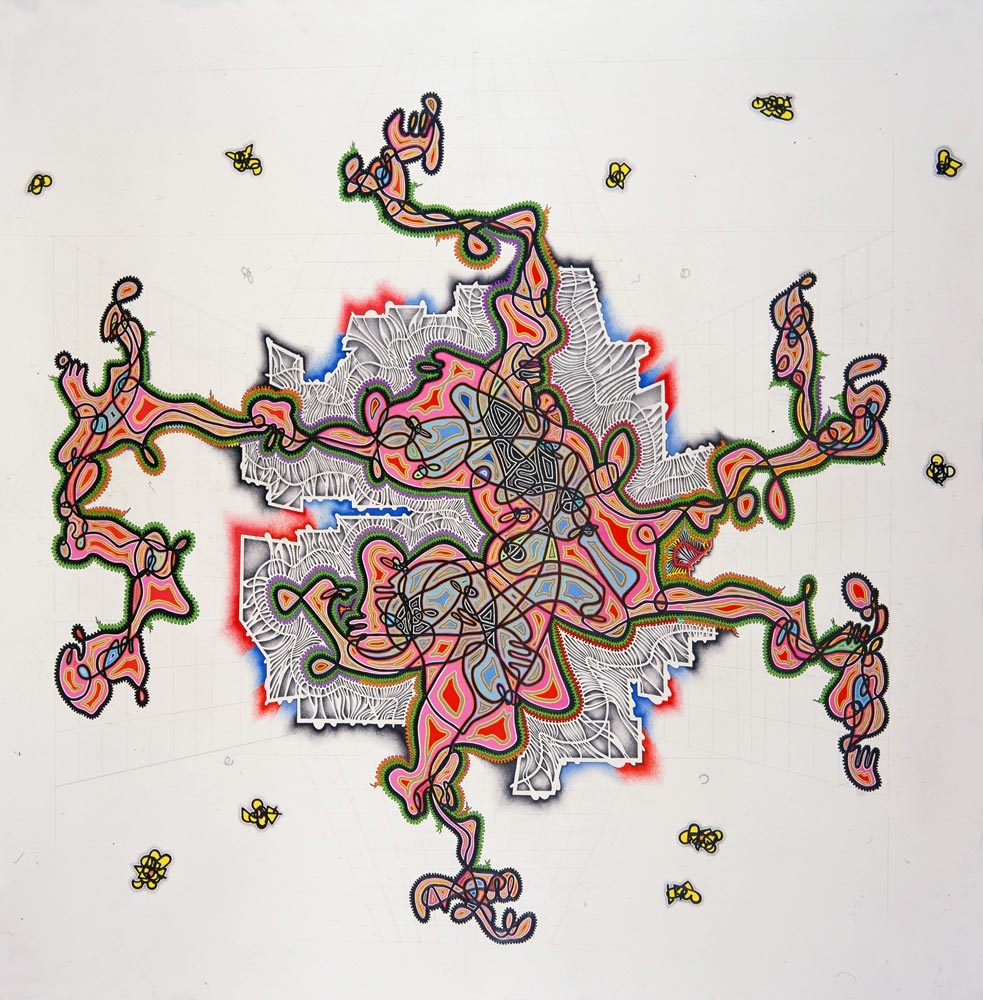 To begin this work, I tried to make myself have an itch by concentrating on creating its sensation. I repeated this process several times. I began by recording when, where, and at what ambient temperature an itch developed on my head. Then, I marked the actual location of the itch on my head with a marker, and transcribed the location point onto paper. The paper was divided into quadrants corresponding to the front, back, top, left and right areas of my head. The notations are in letterform and were derived from the temperature I recorded at each itch (i.e. 81.2° equals 8+1+2, or 11, or the letter K). Next, I connected all the letters into the centralized form and attempted to delineate the pattern of my itching, which was concentrated on my face. Additionally, the small, satellite-like forms on the perimeter are the various times of the itches in each quadrant, overlapped.