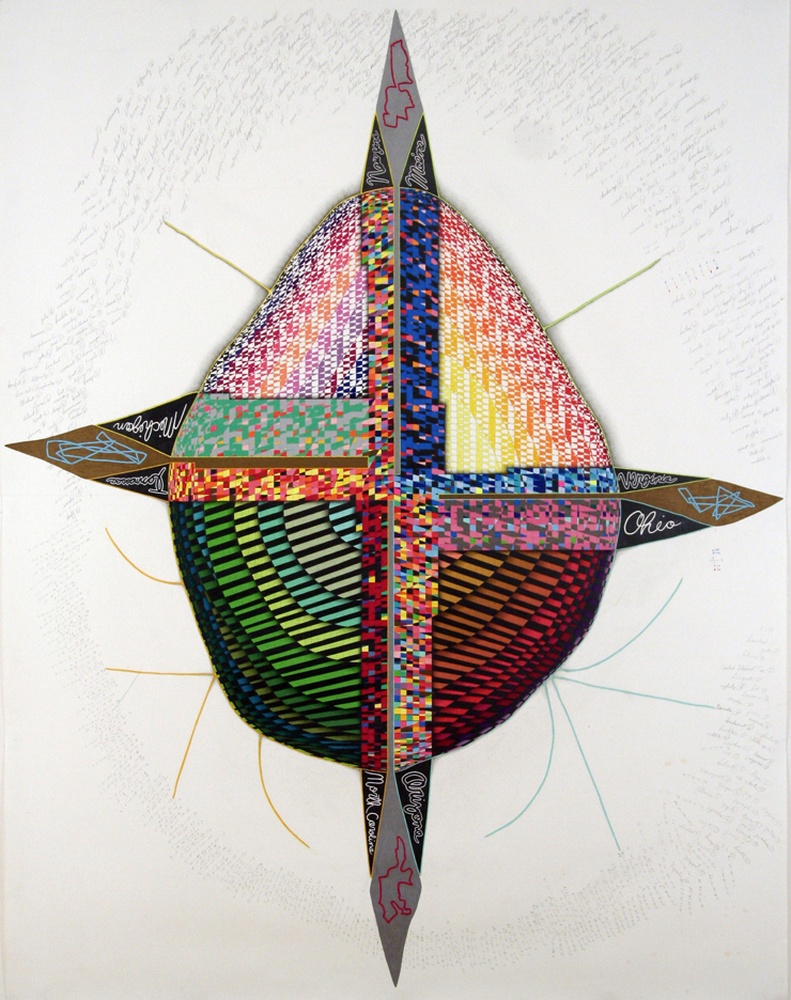 2007, Graphite and Colored Pencil on Paper

What would winning the lottery feel like? I began this work by sketching and gridding out the main oval shape. I then compiled the winning lottery numbers for the past year’s worth of games from different states across the country. I started with the NY State Lottery and used the last set of 5 winning numbers to generate a new zip code, which then led me to another state. I compiled the winning numbers from that state, and again used the last 5 numbers to generate a new zip code. I continued this until the drawing was finished. To form the central shape’s patterns, I created different color-based “codes” as a way to represent the numbers visually. I changed the color system as the pattern reached the center, creating a strata-like progression in visual complexity – for the outer layer, each color denotes a specific number, while for the innermost layer, colors only signify even or odd numbers. Simultaneously, I translated these same numbers into words. I set up a text-based encoding system based on the alphabet’s numerical equivalents (a=1, b=2, etc.). As each winning set of numbers generated a random set of letters, I then entered these random letters into a pocket dictionary, which searched for the closest approximated word. I then wrote these words around the central form, creating a (sort of) hand-written halo.