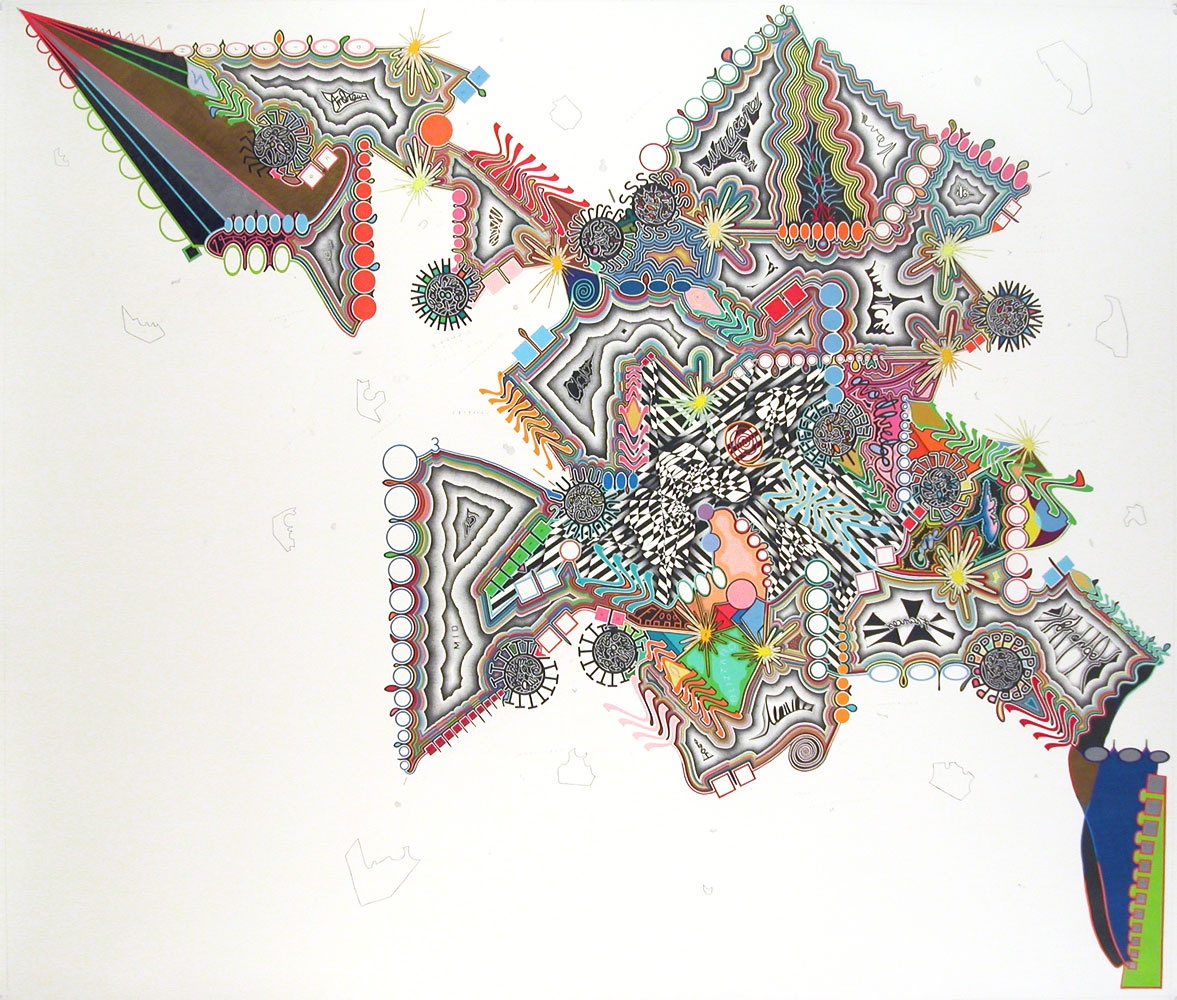 The information that guided the direction of this drawing was the difference between predicted temperature and actual temperature in numerous US cities. Beginning in the center with Westfield, MA (my hometown), I recorded predicted high and low temperatures for 3 consecutive days. I then compared these forecasts with the actual recorded highs and lows for each day. Using a system I invented, I plotted these numerical temperature differences on the paper – they are a combination of circles, squares, etc. The system correlated the temperature differences with color (warm colors for warmer actual temps, cool color for cooler temps) and size. My system also connected temperature difference with direction – 3 degrees difference equaled 3 squares to the upper left, 4 degrees equaled 4 ovals to the lower right, etc.). After plotting the temperature differences for each of the 3 days, I used these same numbers to create a new zip code, which led me to another city, where I again recorded 3 days of predicted high and low temperatures and contrasted those with the actual temperatures. This process connected numerous cities in states such as Texas, Ohio, New York, and others. I continued to apply this system until the forms meandered off the paper. These looping lines and shapes created larger, more varied spaces. I measured the inner contours of these spaces and matched them with a list of the top ten natural disasters according to FEMA. The disasters and various related statistics are rendered within each space.