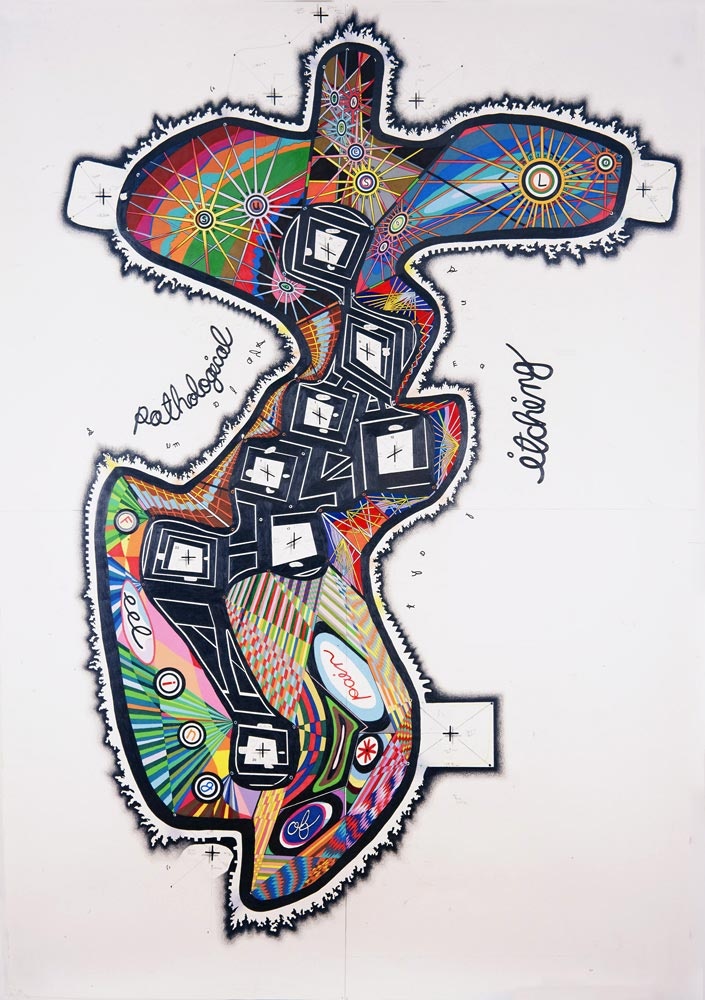 This work began as an investigation into the causes of itching – as a potential result of physical and/or mental stresses. I began by recording when, where, and at what temperature and time I had an itch. At various times, I tried to make myself itch by concentrating on the sensation. I then recorded the points on my body (with a Sharpie) where I felt an itch and then transcribed them to the paper, which was cut to my exact height. The orientation of the “X marks” correspond to the parts of my body (i.e. an X slanted to the right equals an itch on my back, etc.). After noting all the points, I tried to look for and demarcate a pattern. The circular areas, in addition to the lines that differentiate the layers of pattern, are the result of my initial attempts to connect the points – I utilized the “searching” lines as the foundations for the overall structure. In addition, the information I included within the form(s) relates both to current theories of itch sensation and to some of my own conclusions.