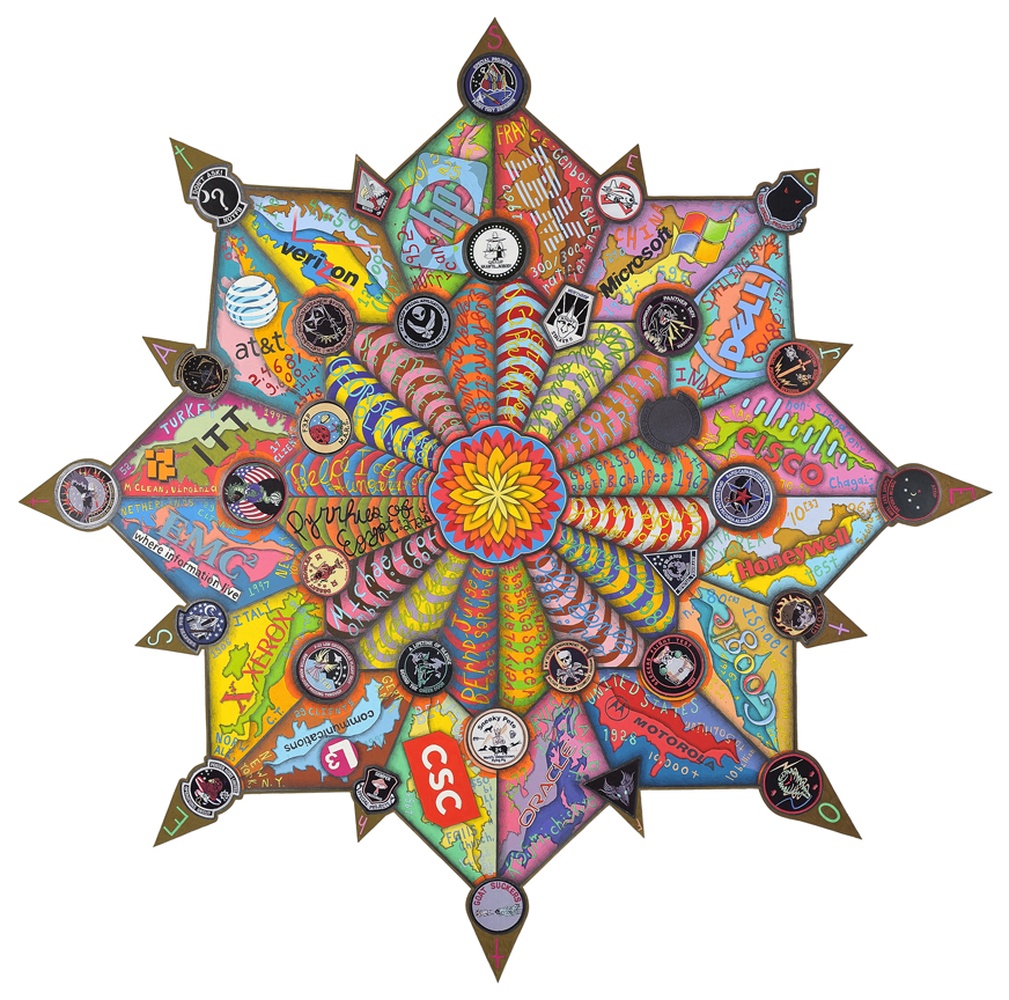 Secrets of the State (SOS)

"'Secrets of the State,' culls from military patches for secret, real, or fictitious operations, the names of people throughout history who've died of mysterious causes (and the dates), and logos of corporations with direct connections to intelligence operations. It all makes total sense when O'Connor tells me about it, but the closer I look at the work, the more it becomes an impossible riddle, a Zen koan of sorts." - Bruce Pearson, Bomb Magazine, 2011