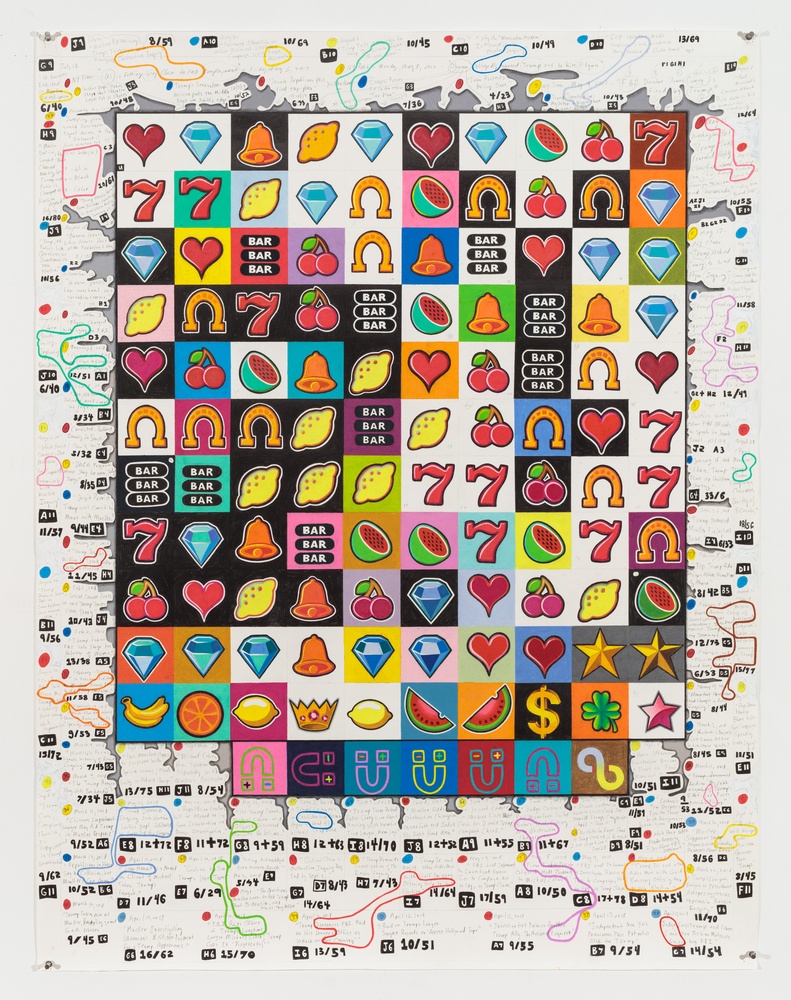 50 X 39 inches The small key to this drawing is drawn at the left edge. I started this work after the last election and wanted to explore the complexity of political corruption within the Trump administration through news reports. I thought of this as related to playing a slot machine in a casino – patterns are revealed over time and eventually something hits, revels the hidden, and we get the payoff. In the case of this drawing, however, the game will continue in recurrence as no concrete pathway has been revealed. I made this drawing out of desperation to understand what was happening in our country’s political class. Process-wise, each day I recorded a headline from a major newspaper that was relevant to the Mueller inquiry or related political conspiracy. As the drawing progressed, the story became clearer, but also more vast. I translated each news headline into 3 sets of numbers – the total number of words, the total number of letters, and the total vowels and consonants. I then correlated this data to a set of lottery icons and drew the correlated image in the grid, from top to bottom. The ‘coordinates’ are all noted and the color of the background was also decided by the headline’s content. The bottom most icons are magnets, which I saw as representing the pull of this story across individuals laterally, and into the past as misdeeds were uncovered, connected to others in the present, and portended more into the future.