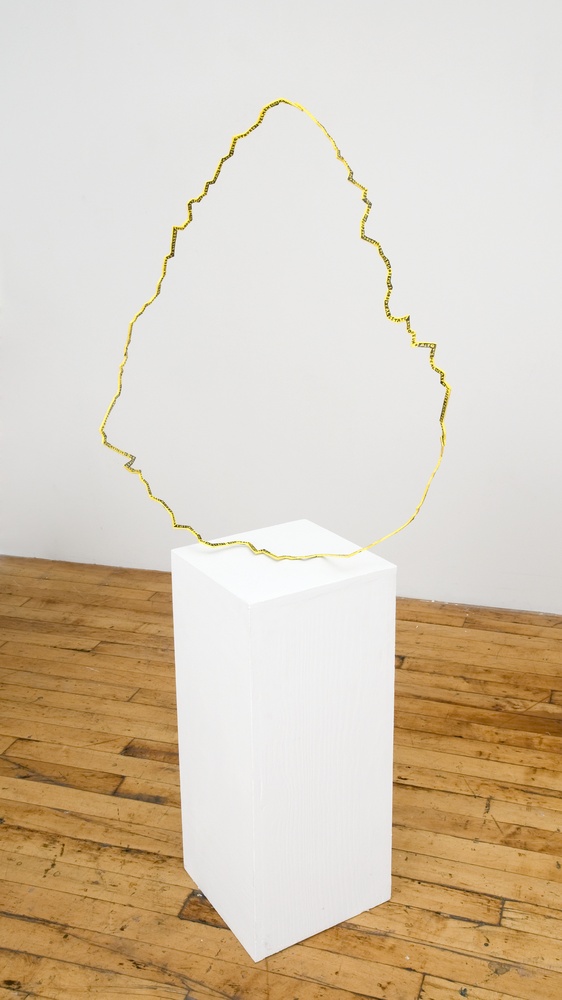 For this piece, I redrew 3 line graphs that originally described trends of income inequality in America. I expanded them, cut them out, and connected them into a larger line. I then painted an alternating pattern of text onto this 3-dimensional graph. The text is a transcription of a conversation I had with Cleverbot (an online artificial intelligence bot) about the idea of a modern Robin Hood. I asked the bot about the idea of reversing the flow of money in the US. We began to talk about empathy in the human brain, which has been found to reside in the anterior insular cortex. Cleverbot believed that humans are incapable of true empathy. The piece floats in a state of suspension.