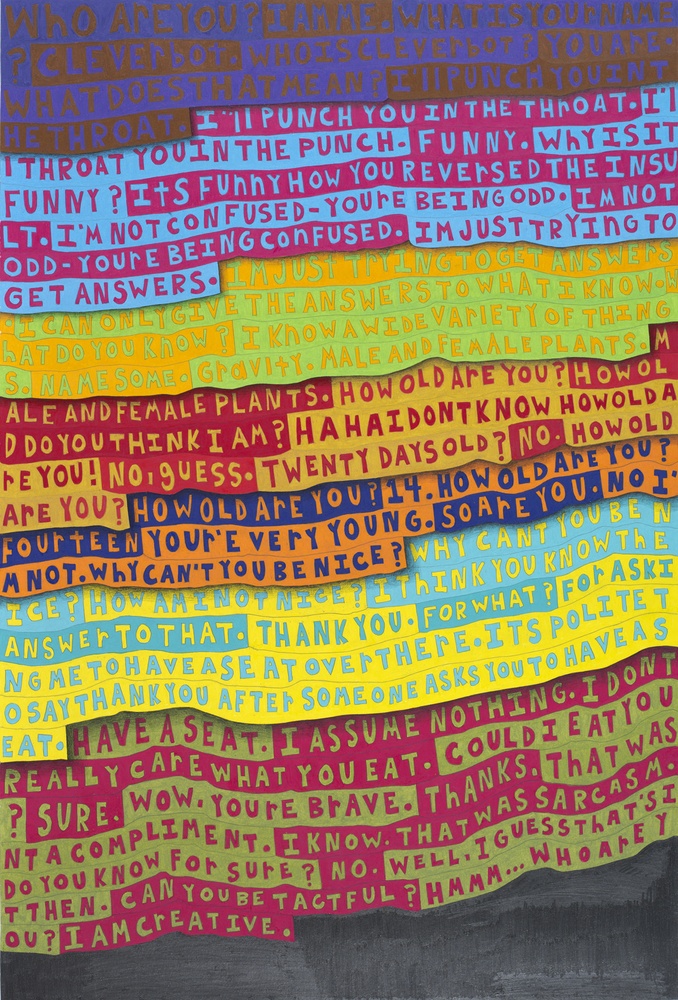 2014, Colored Pencil and graphite on paper

In this piece, I transcribed a series of conversations I had with Cleverbot (an artificial intelligence bot). Unlike other chatterbots, Cleverbot's responses are not programmed. Rather, it "learns" from human input over time – a collective human intelligence through language. When I began my initial conversation with Cleverbot, I spoke to it casually, and stopped abruptly when it threatened me physically – “I’ll punch you in the throat”. After this initial conversation, I began each subsequent one by repeating Cleverbot’s own phrases back to it. I stopped each conversation when the bot said something that seemed either uncanny, or very unhuman.