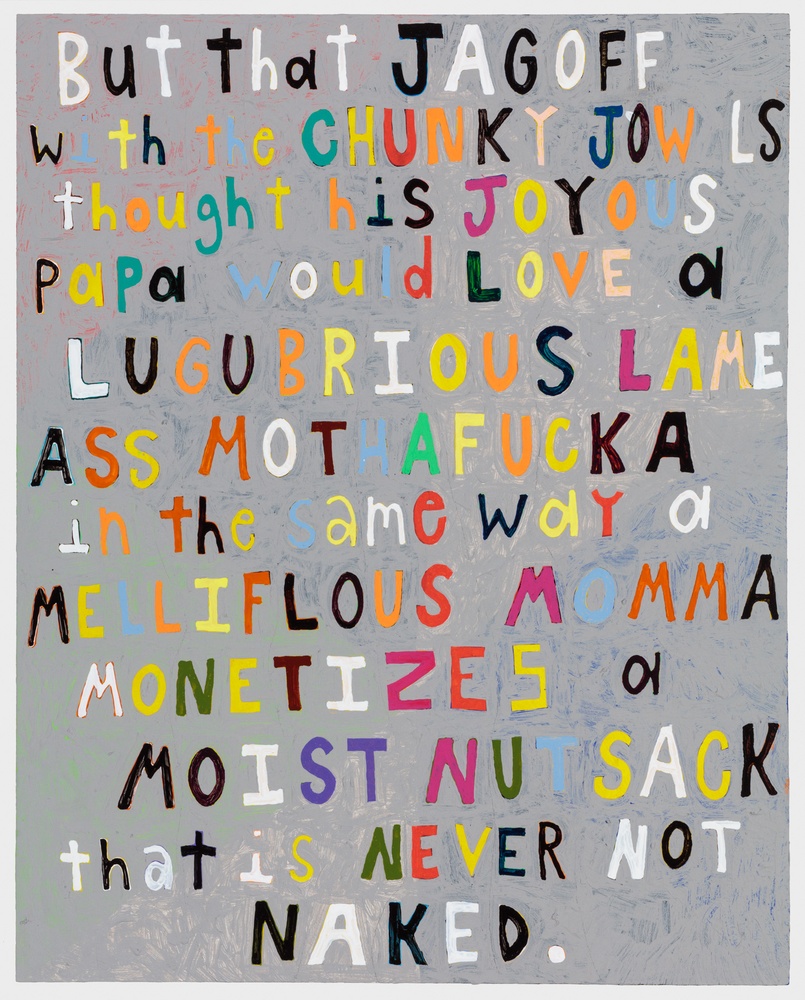 Second painting in series - To begin, for each letter of the alphabet, I looked up words that are considered the most 1. beautiful, 2. terrible, 3. disgusting - the good, the bad, and the ugly - as voted on by the internet. I tried to use 3 of those words from each letter, in a sentence, and then attempted to string that sentence together with those from each subsequent letter, creating something like a story. I thought of these words as the most evocative and charged in the English language. What does putting them into a narrative do to them - increase their suggestiveness, make them funny, strange, meaningless, or do they negate each other? A legible yet convoluted linguistic formula for meaning and affect.