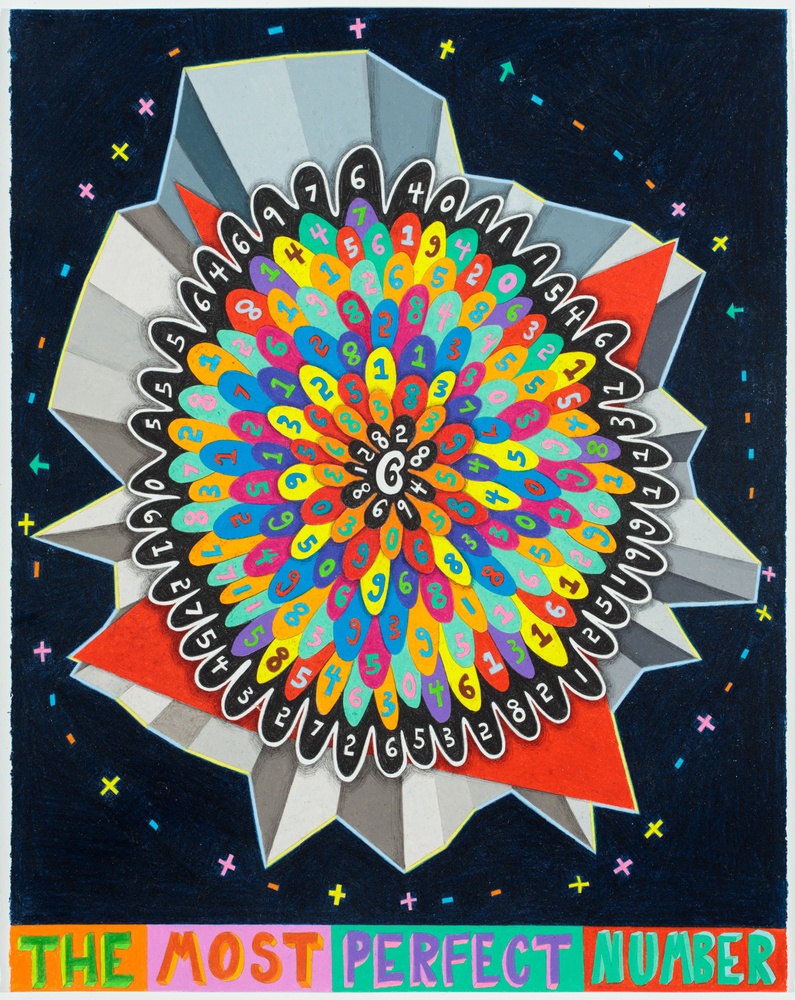 2016, Colored Pencil and Graphite on Paper

Thought on this work and its relationship to the Butterfly Drawings: I often make number pieces when I'm stuck. I guess I just like the simplicity of mathematical procedures and the patterns that result. In this one, I had the image of that flower-like form in my head for a while and drew it. I then started integrating into it perfect numbers, which are positive integers whose sums are equal to their proper divisors. The smallest perfect number is 6, which is the sum of 1, 2, and 3... other perfect numbers are 28, 496, and 8,128 and so on... I love the idea of a perfect anything, and these numbers seemed to me to be like the character in the Butterfly works as they are the literal sum of their parts - the character is the sum total of his experiences and could even be divided by them back into an origin point. He IS what he encounters, his experiences  Alternately, though, his experiences become so complicated and layered that it's impossible to know what stimulant is causing what action - he's becoming 'imperfect' because of that complexity. Like how when an elderly person is taking so many drugs that the side effects are impossible to differentiate from personality. In the SIX, the perfect numbers are drawn in a way that they are unknowable as a sum total, and only 6 is possible to know as the origin. That was my thinking, convoluted as it is. It's kind of simple but I saw the implication of perfection in this case as very rich - like multiplication as the inevitable and ultimate definer of humanness.