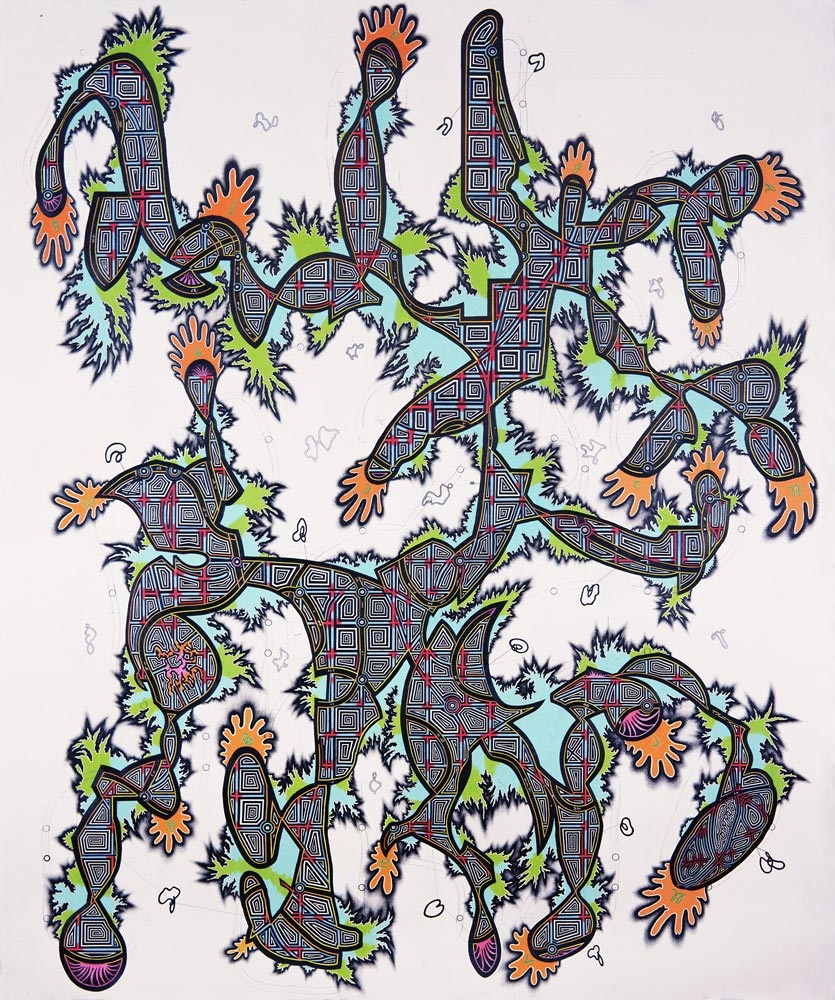 I was inspired to make this drawing by the theories of the German 19th century scientist Hermann Ebbinghaus. He quantified transience. His theory was that memory of random or impersonal "things" fades over time at predictable rates. I decided to test this theory on myself, visually. In the drawing, I began with an all-over, numbered grid. Using sets of lottery numbers applied to the grid, I created an initial shape. I then tried to test my memory of this chance-derived form. To do this, I stood at arms’ length, closed my eyes, and attempted to redraw the shape, section by section. This process eventually resulted in the final, more complex form. The patterns and information included in and around the form reflect the history of the drawing in addition to my conceptual and aesthetic decision-making.