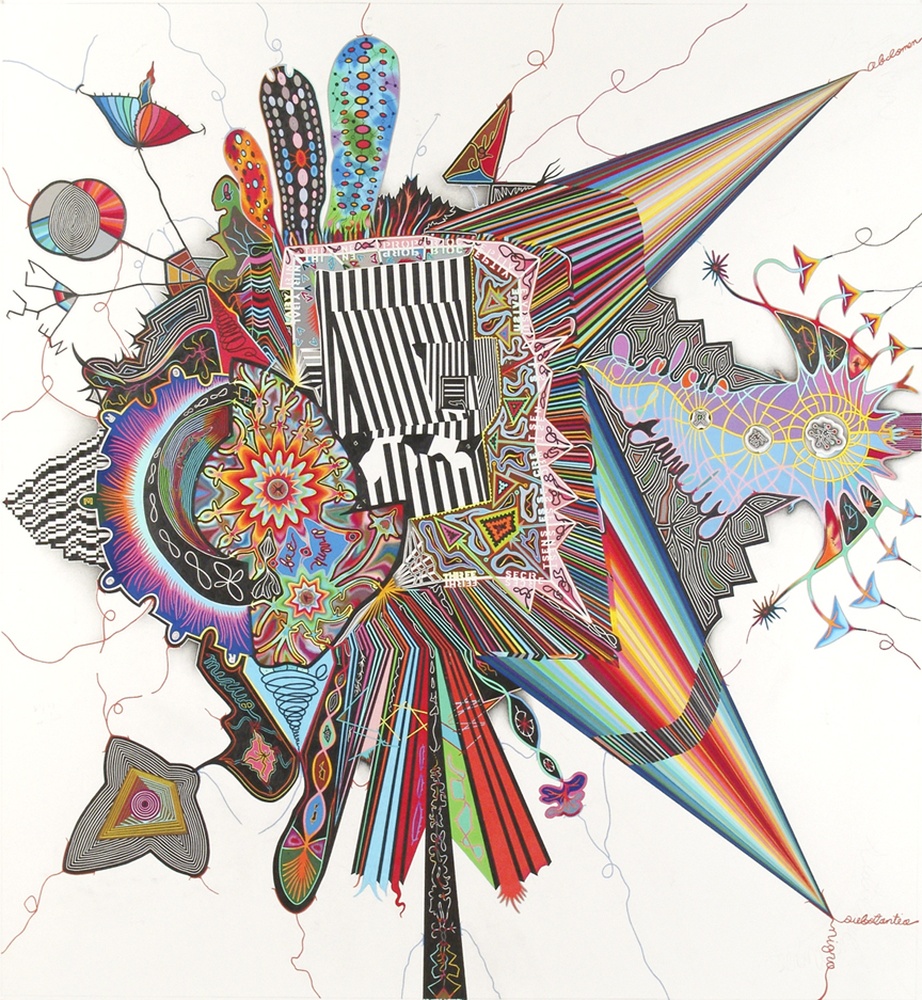 2005, Colored Pencil and Graphite on Paper

I derived the general shape/structure of Nuzzied after making myself dizzy. I spun around 31 times (my age) and then tried to draw 2 distinct, evenly spaced spirals (symbols of hypnosis): one circular and the other rectangular. A “core” emerged at the center-left, outlined in black – the result of the overlapping of each initial spiral. Within this core, the number of points comprising the central shapes corresponds to different U.S. state statistical averages of obesity and binge drinking. Similarly, throughout the drawing information is transformed and embedded within the initial drawing. I used contrasting formal elements to distinguish between layers of information and to maintain the integrity of the beginning spirals. For example, the number, color and size of various sets of stripes correspond to words and statistics. For this “coding” I incorporated numerous sources such as Oliver Sacks’s writings on balance, medical texts, lottery numbers, and US statistics relating to human “imbalance.” In addition, I made and employed stencils of the borderlines between the US, Canada and Mexico. I also referenced two identical clocks that I set two years ago simultaneously but which now have greatly divergent times. And the random fragments of residual color remaining on the contours guided the direction of the string-like bands surrounding the main form. Overall, my formal and conceptual interests are integrated into a web of balance and imbalance derived from my dizziness.